WHAT’S
IN IT FOR THEM?

9 Genius Networking Principles to Get What You Want By Helping Others Get What They Want – new book by Joe Polish.

WHAT’S
IN IT FOR
THEM?

9 Genius Networking Principles to Get What You Want By Helping Others Get What They Want – new book by Joe Polish.

Order Now
+ Get Instant Access to Resources
Order from here → 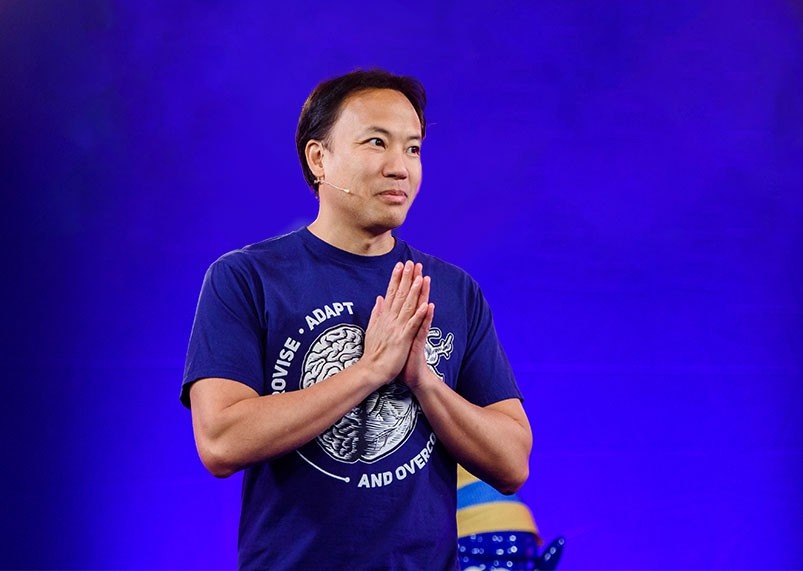 “I believe the life we live are the lessons we teach. As you read Joe’s story, it becomes apparent why he is uniquely suited to author this genius book. Behind every principle there is a promise. Every story illustrates a strategy. Every revelation yields a reward. Our world is a better brighter place because Joe was born and I’m grateful he put his trademark wit, warmth and wisdom in this work. 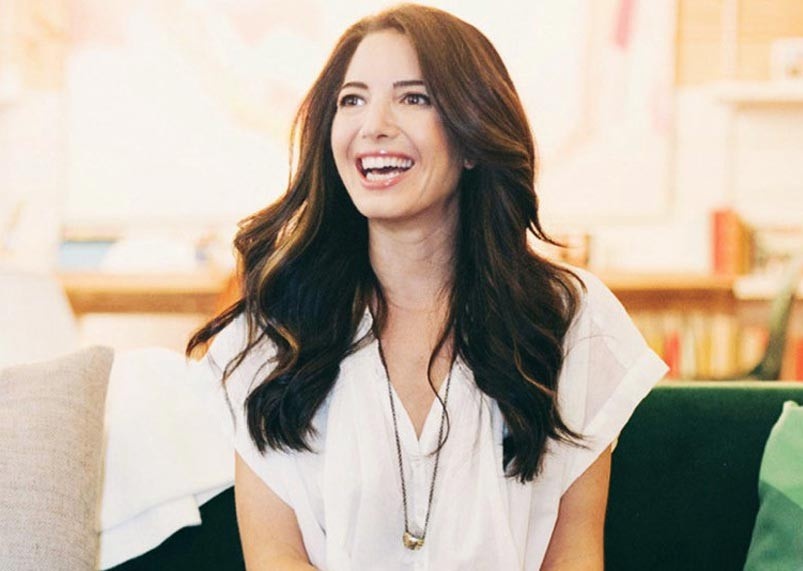 #1 NY Times Bestseller, Everything Is Figureoutable

One of Joe’s greatest gifts is connection: his uncanny ability to connect us with new ideas, new possibilities, new people, and most importantly, to ourselves. This book is a treasure, filled with profound wisdom and practical strategies that will benefit you and those you serve for years to come. 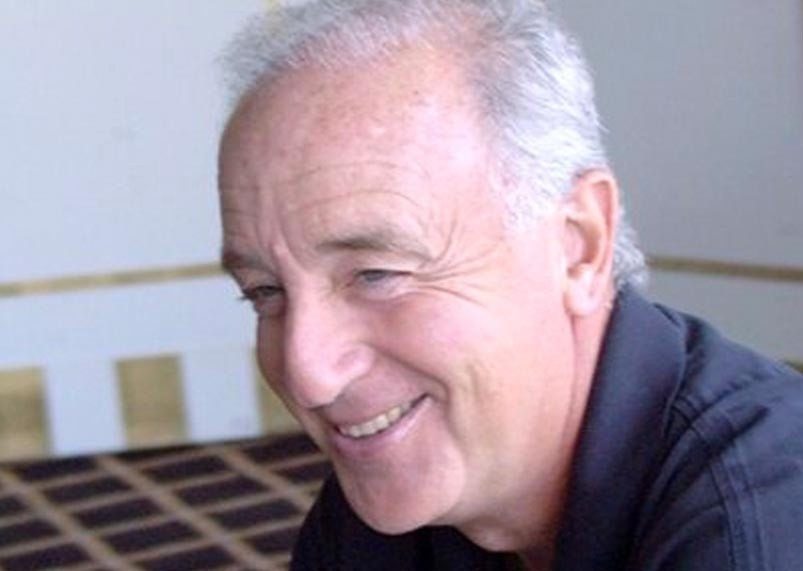 Best-selling author of The War Of Art & Turning Pro

I’m always irritated by how-to books written by people who’ve never proved they know how-to. Joe Polish’s “What’s in it for Them?" is exactly the opposite. I can tell you from twenty years of knowing Joe that he is an absolute master at establishing relationships with people he’s in business with (it’s called FRIENDSHIP and FUN … and it comes from the heart.) This indeed is the critical element, above and beyond having a great product and knowing how to market it, that turns entrepreneurship into success. And makes it fun!

INSIGHTS FROM "WHAT'S IN IT FOR THEM?"

Hear stories and lessons behind the "What's in it for Them?" principles from Joe's friends.

ORDER “WHAT’S IN IT FOR THEM?” NOW TO GET INSTANT ACCESS TO

Get instant access to an exclusive series of interviews and training from the world’s greatest connectors. The Confident Connector Series includes hours of on-demand lessons to help you create influence and build relationships from some of the most successful entrepreneurs today. Here’s a sneak peek.

ORDER YOUR COPY OF WHAT’S IN IT FOR THEM?
AND GET ACCESS TO THE CONFIDENT CONNECTOR SERIES

ORDER YOUR COPY OF WHAT’S IN IT FOR THEM? AND GET ACCESS TO THE CONFIDENT CONNECTOR SERIES

Order your copy from one of the retailers below.

Come back to this page and input your order number and information below.

Let your friends know that they can order their copy and get the training guides free!

A PORTION OF THE PROCEEDS FROM THE SALE OF WHAT’S IN IT FOR THEM? WILL BE DONATED TO GENIUS RECOVERY

a 501(c)(3) organization created by Joe Polish to change the global conversation of how people view and treat addicts with compassion instead of judgment and to find the best forms of treatment that have efficacy and share those with the world.

IN WHAT’S IN IT FOR THEM? YOU’LL LEARN HOW TO…
SO YOU CAN FEEL MORE...

Connected to the values, activities and people that fill your cup.

Empowered to say ‘No’ when the opportunity alignment isn’t there.

Capable of success by knowing exactly who you are talking to, what they respond to, and what they want. 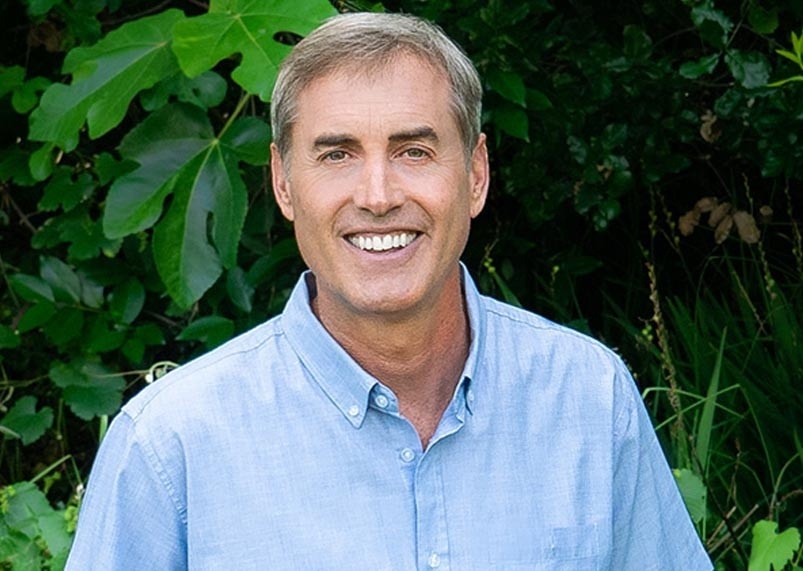 In his new book “What’s In It for Them?” author Joe Polish draws on his massive success in business relationships to guide readers to a better future. With a lighthearted voice combined with brave authenticity, Joe gives readers many gifts in this book. You’ll see how he has overcome serious adversity, with guidance on how you can do the same. You’ll see how he has built the most influential marketing network in the world, with exercises that open the door for you to optimize your own relationships. But that’s not all. Joe also shares the experiences and wisdom of many successful people who he has mentored or partnered with over the years. This book is a game changer for readers who embrace Joe’s insights and take the practical steps he offers. 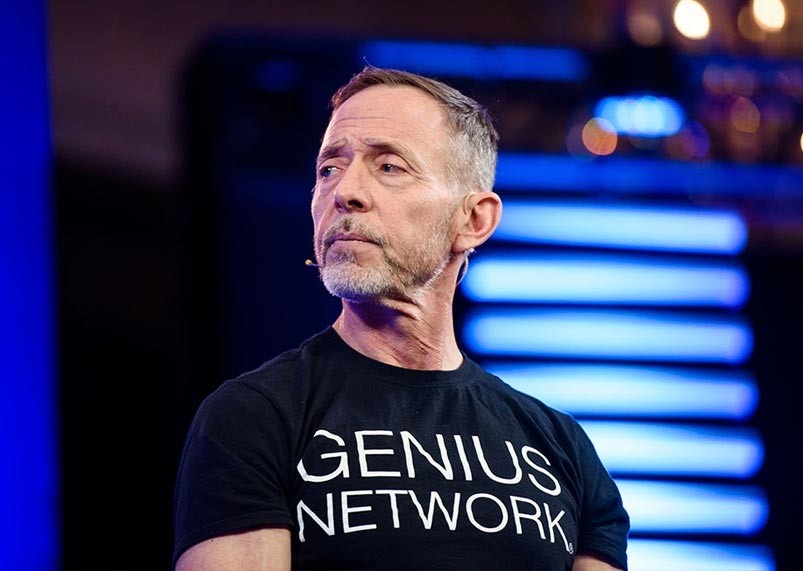 Former FBI Hostage Negotiator, CEO and Founder of The Black Swan Group, and Author of Never Split The Difference

Joe Polish outlines the game plan for success AND peace of mind that anyone can adopt via the radical concept of generosity. He shows you how to make the world a better place and become wealthy without sacrificing your soul. 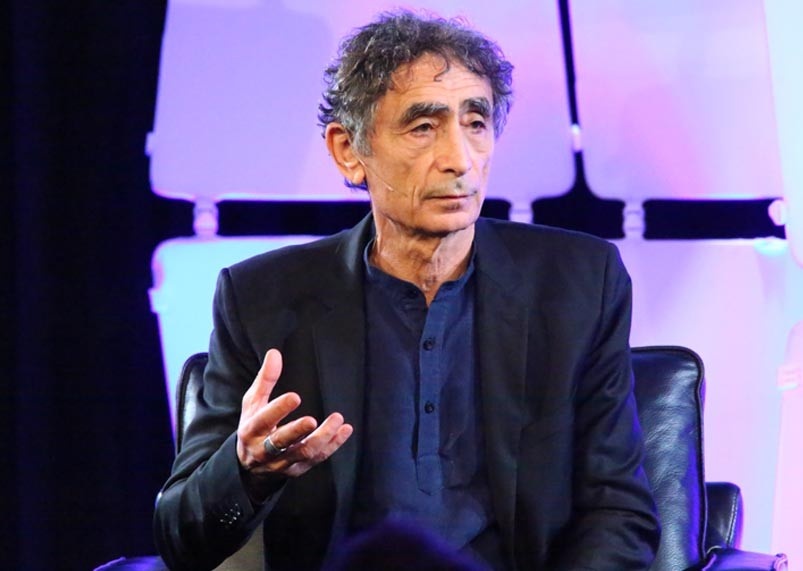 Author, The Myth of Normal: Trauma, Illness and Healing in a Toxic Culture

I may not know entrepreneurship, but as a physician and writer I do know about people and about books. What’s In It For Them is like its author Joe Polish. It is authentic, all about communication and connection; direct, to the point; articulate, insightful, honest, lively, wise and fun. It will help many. 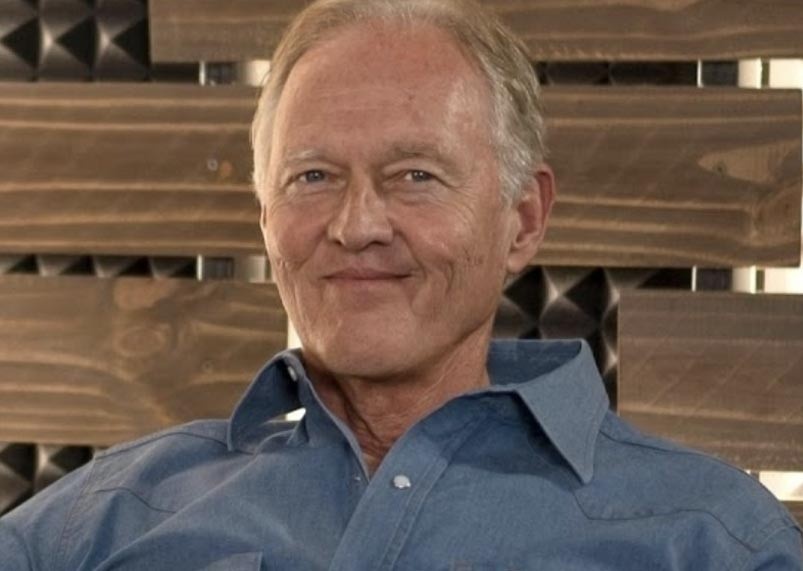 Joe’s welcoming smile belies a keen intellect and a wickedly, funny sense of humor. He is a civil rights leader for people suffering, a genius for people who need marketing, and a friend to so many others. His new book, What’s In It For Them gives us the importance of connecting to other humans through gratefulness, appreciation and building value. We all want to connect to other human beings. We also know doing so can be difficult. The first domino to truly connect is Joe’s book. 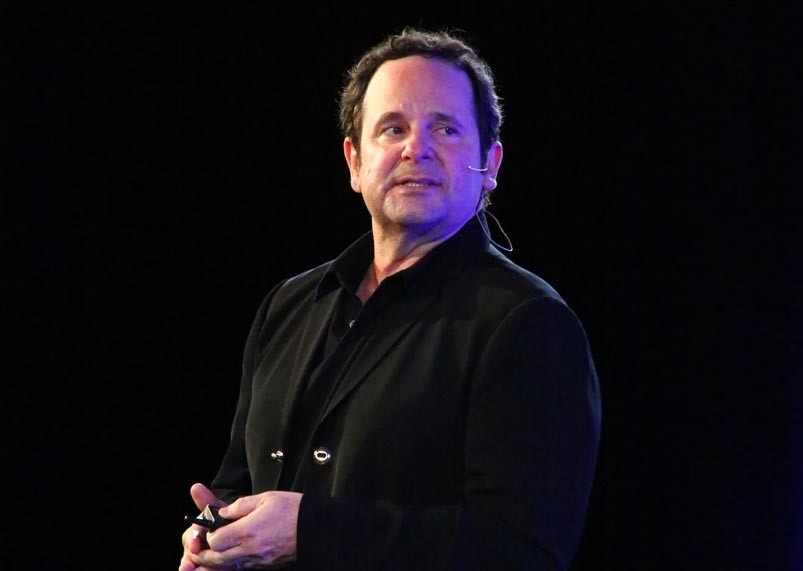 For years I recommended “How To Win Friends & Influence People” and “Think & Grow Rich” as must reads to my friends, students and family. But lately, many of them pointed out how dated and out of touch with current times those books have become. Joe Polish’s “What’s In It For Them” brilliantly modernizes relationship mastery with an entertaining, uplifting and very raw honesty that is often lost as authors try to write something that will offend no one and have a little something for everyone. Joe’s book provides priceless, actionable, step-by-step strategies that you can start using right away to build better relationships, live a better life and create positive change and impact in the world. 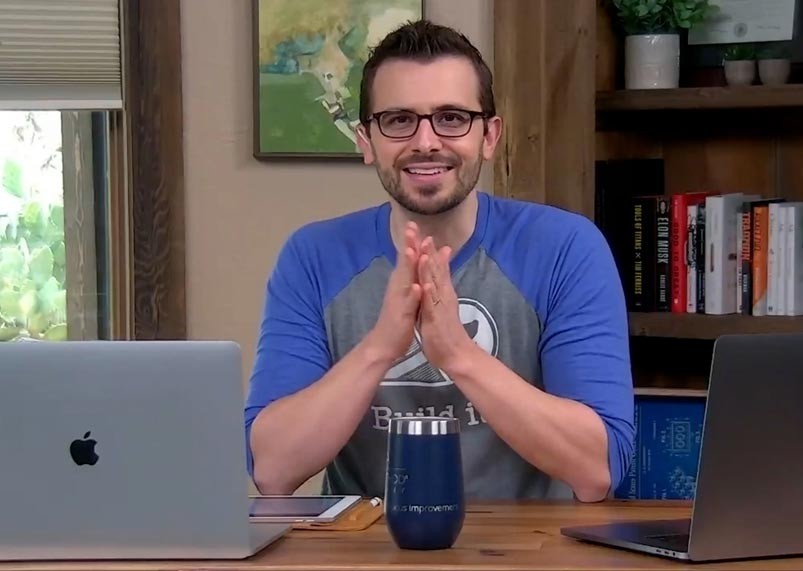 Authentic relationships are at the heart of living both a fulfilling life and enjoying a successful career. There is one person I believe who stands out as the person best equipped to teach us how to achieve both by developing true connection with the people in our personal and professional life - and that person is author Joe Polish. This is a must-read book for anyone looking to develop deeper, more meaningful relationships by serving first and becoming that person that person that people always answer the phone for.

TAKE A LOOK INSIDE THE BOOK

What’s In It For Them? 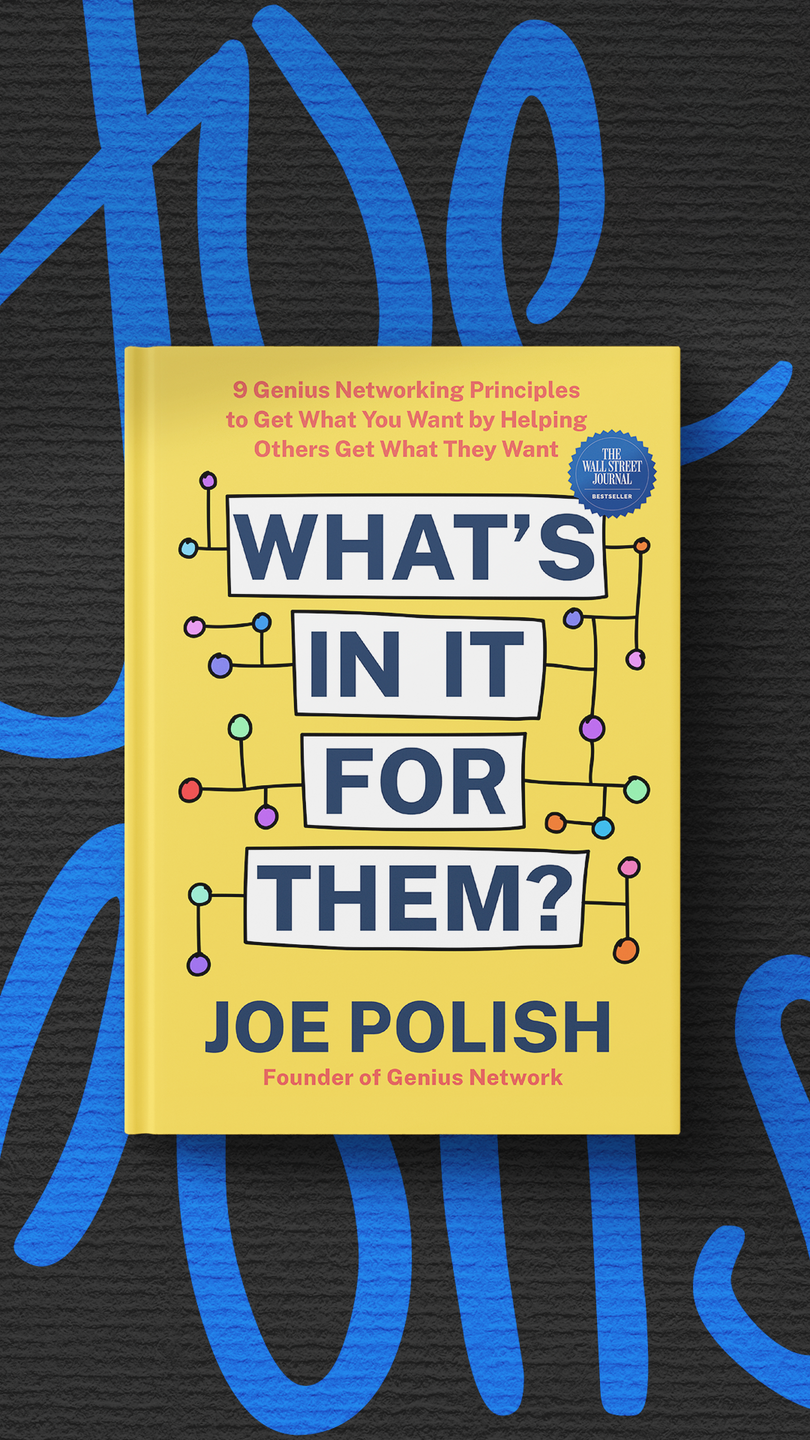 TAKE A LOOK INSIDE THE BOOK

ORDER YOUR COPY OF WHAT’S IN IT FOR THEM?
AND GET ACCESS TO THE CONFIDENT CONNECTOR SERIES

Order your copy from one of the retailers below.

Come back to this page and input your order number and information below.

Let your friends know that they can order their copy and get the training guides free!

A PORTION OF THE PROCEEDS FROM THE SALE OF WHAT’S IN IT FOR THEM? WILL BE DONATED TO GENIUS RECOVERY

a nonprofit organization created by Joe Polish to change the global conversation of how people view and treat addicts with compassion instead of judgment and to find the best forms of treatment that have efficacy and share those with the world. 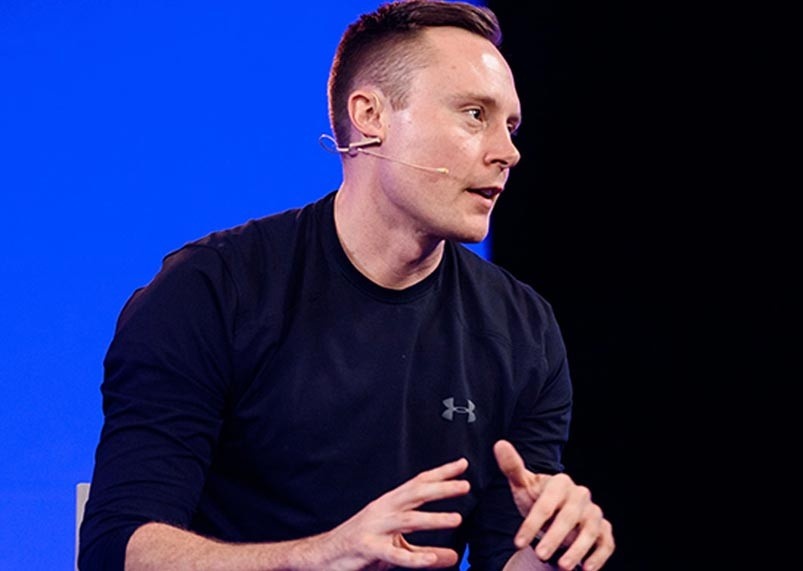 Author of Be Your Future Self Now

The moment I learned about Joe Polish and Genius Network, I was intrigued. After my first Genius Network meeting, it was instinctive to immediately join his 100K group. My life has never been the same. Joe has connected me with countless people that have changed my life and business. But most important, Joe continues teaching me how to better connect with myself, so I can heal and transform. You’ll be surprised by how hard and deep this book hits. It generously shows the how and why of connection, and it’s not what you expect. 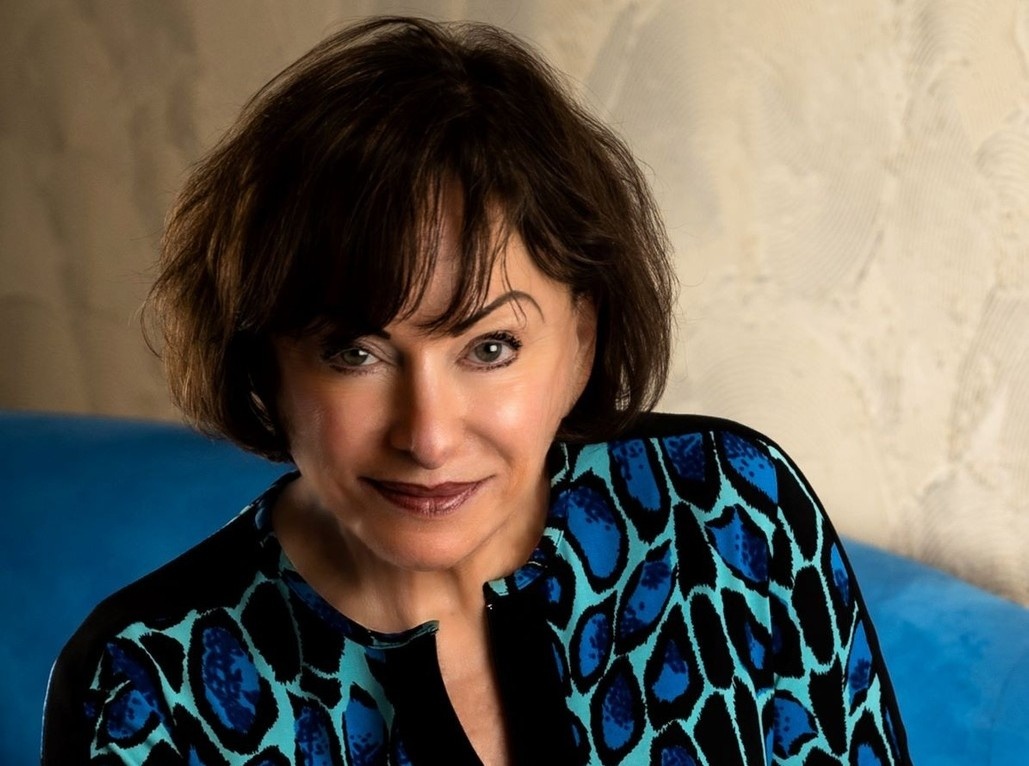 Through engaging stories and compelling lessons, Joe Polish gives us all another gift. Joe shares his deep wisdom and his valuable experience to help us become happier, more human and, consequently, more successful. Do not miss this gem of a book! 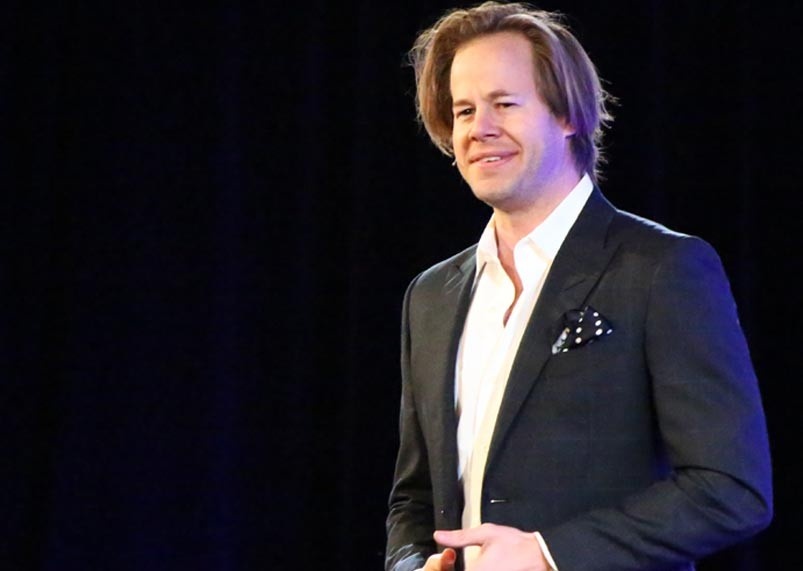 Whether you want to connect with an A-list celebrity or titan of industry, I can personally attest that Joe’s methods get you not only the meeting, but often an unexpected friendship. 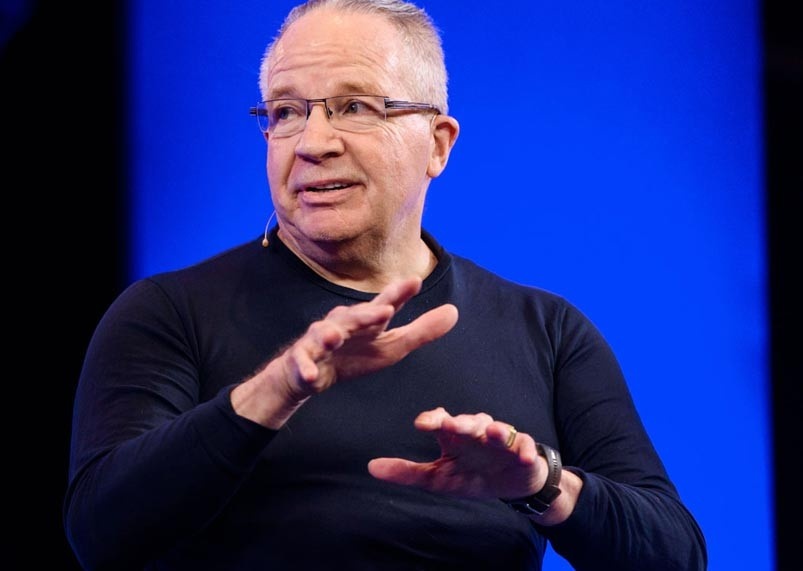 Co-Founder and President of Strategic Coach®

Joe Polish is the most remarkable marketer I've met in the world because he is a great person who motivates other great people to multiply the very best things that they can do for others. He always sees things from the other person's perspective. That's where great marketing starts and finishes. Joe is always doing this better. And now he simplifies how we, as committed lifelong marketers, can all do it greater. 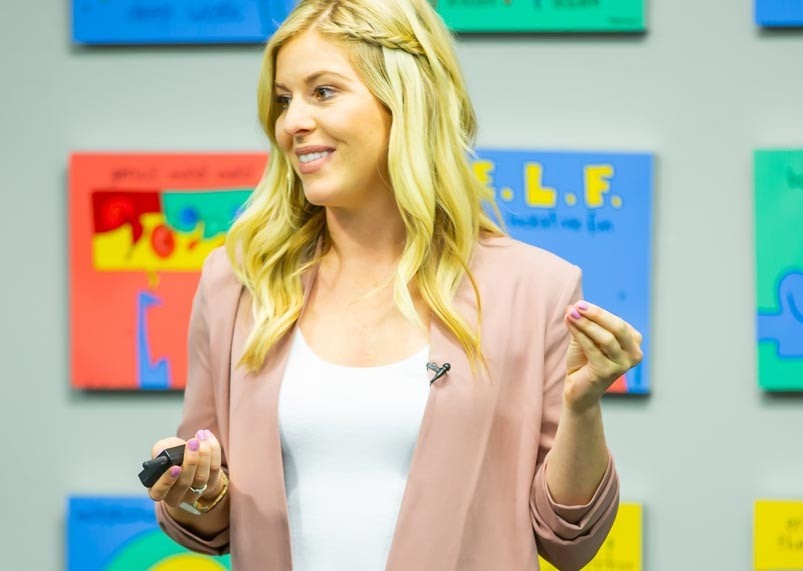 Joe Polish is an absolute master when it comes to relationship building. For years I’ve wondered how Joe was able to build such an impressive Rolodex of the most influential leaders in the world. Inside of What’s In It For Them? he reveals it all. You won’t find any gimmicks or gross networking tactics inside. Instead, Joe shows you how to truly connect and build deep meaningful relationships that last. The result? Greater levels of success — by simply helping others get ahead. I highly recommend this book to the entrepreneur who wants a new way to network that’s real, meaningful, and focused on playing the long game. 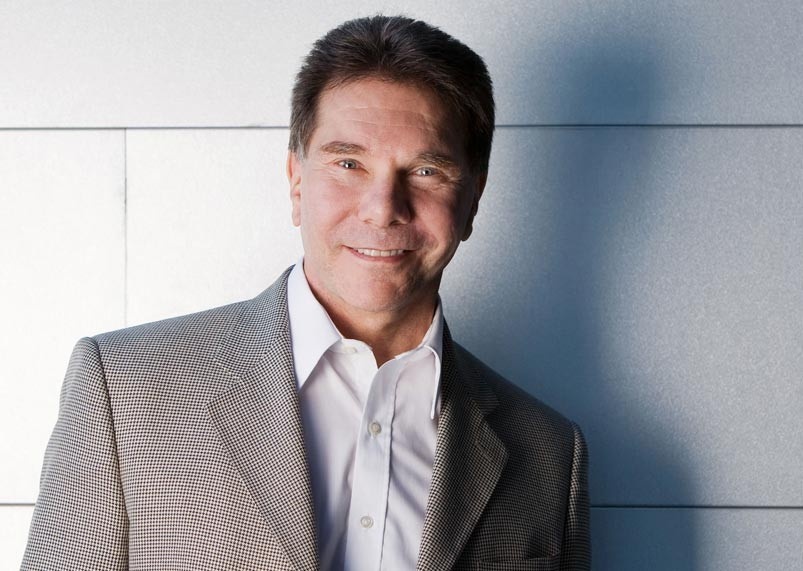 Author of Influence and Pre-Suasion

Everyone knows people prefer to do business within strong relationships. The unanswered question was always exactly how to build those relationships. Not anymore. This brilliant book shows us precisely when and how to do it. That’s what makes it brilliant... and indispensable.

Early in life, Joe Polish’s struggles with trauma and addiction led him to a disconnected life. After getting sober in recovery, he spent years developing his genuine and generous approach to building rapport and transformed from a dead broke carpet cleaner to being dubbed “the most connected person on the planet” for his work with Genius Network, one of the world’s most impactful networking groups for High-Achieving Entrepreneurs.

After 30 years of putting his own advice into practice, Polish now speaks to audiences all around the world and is surrounded by business leaders and billionaires he calls friends.

In What’s In It For Them?, he explains his one-of-a-kind approach to rapport-building he used to get there—and offers a few cautionary tales along the way.

Joe Polish is the Founder of Genius Network, one of the highest-level groups in the world for entrepreneurs. Joe has helped build thousands of businesses and generated hundreds of millions of dollars for his clients. He’s also changed the lives of many others through his charitable causes, including Make-A-Wish, Artists for Addicts, Genius Recovery, and JoeVolunteer.com, as well as being the single largest contributor to Sir Richard Brandson’s charity, Virgin Unite. His documentary, Connected: The Joe Polish Story premiered at the historic TCL Chinese Theatre, and his documentary Black Star won the Audience Choice Award at the Sedona Film Festival.

Joe’s mission with this What’s In It For Them? and his Genius Network organization is to “build a better entrepreneur.”

WHAT PEOPLE ARE SAYING

Select a bookseller below to purchase your copy!